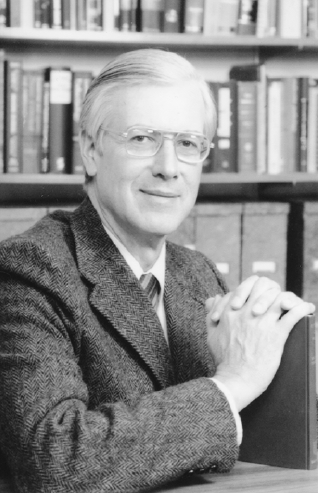 He was born May 22, 1925, in Topeka, Kansas, the firstborn of parents Harry David Mosier, D.D.S., and Josephine Morrow Johnson. His paternal great-grandparents, of Irish and German stock, homesteaded in western Kansas.

Dr. Harry Mosier started a dental practice in Herington in 1922, which he continued until his retirement 57 years later. David, never called Harry, attended Saint John Catholic School in Herington, Kansas and Herington High School, graduating with the class of 1943.

He graduated from Johns Hopkins University School of Medicine in 1952, serving an internship year there before moving west for two years of residency at Childrens Hospital (University of Southern California) of Los Angeles, one in Pediatrics and one in Pediatric Pathology.

He remembered being taught by the Saint John Catholic School nuns with fondness and credits them with providing him a solid educational foundation, as well as grounding in the tenants of his Catholic faith. He extended his religious studies at Notre Dame University, and his interest in the subject continued through life.

He loved classical music and became an accomplished amateur pianist. When he and his brother were in high school, both obtained private pilot licenses. He kept his FAA license all of his life, though he no longer flew as an adult. For several years recently, he and his wife, Marjorie, were Idyllwild Arts Academy trustees.

Dr. Mosier felt that his true calling was in research, especially in understanding controls of longitudinal growth. He was appointed director of research at the Illinois State Pediatric Institute and associate professor of pediatrics at the University of Illinois, Chicago, in 1963. In 1967, he was appointed professor of pediatrics at the University of California, Irvine, where he remained for the duration of his career as head of the division of Pediatric Endocrinology, retiring in 2002. He maintained an active research laboratory and trained a number of Fellows in Pediatric Endocrinology at UCI.

Dr. Mosier authored 87 peer-reviewed articles, 30 book chapters and 99 abstracts of presentations. He was a reviewer for numerous medical journals and granting agencies.

Also surviving are his brother, Richard M. Mosier, D.D.S., and sister-in-law, Norma Mosier, of Herington, Kansas, as well as four nephews, Kevin Mosier, M.D., Mark Mosier, D.D.S., James Mosier and John Mosier. As the grandchildren became old enough, David and Marjorie delighted in taking them, two at a time, to far-flung parts of the world, creating wonderful memories for both generations. Dr. Mosier’s interest in his family, his humor, gentle guidance and enduring love will be greatly missed.

Mass will be said at 10 a.m. Saturday, Aug. 5 at the Church of Saint John The Evangelist, Herington, Kansas. Interment will be at St. John’s Catholic Cemetery following the service. In lieu of flowers, memorial contributions may be made to the University of Notre Dame online at http://supporting.nd.edu, by phone at 574-631-5150 or by mail at University of Notre Dame, Department of Development, 1100 Grace Hall, Notre Dame, IN 46556.