A small fire ignited about noon when a vehicle and trailer were in an accident just west of Mountain Center on Highway 74.

The Mount Fire, on both sides of the highway, reached three acres, is contained, according to Incident Commander Chris Fogle, Battalion Chief San Jacinto Ranger District. Firefighters from the District’s Engine 56 are mopping up the fire, which will be watched tomorrow, he added. 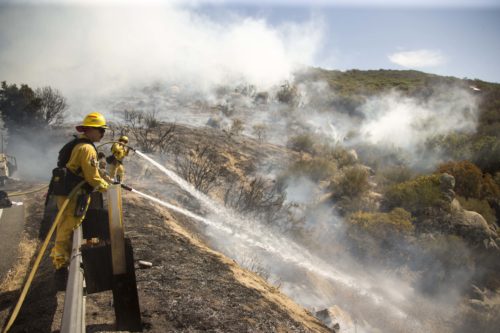 Ambulances transported three people from the vehicle to area hospitals in stable condition. California Highway Patrol reported that both the jeep and the trailer it was pulling were fully burned.

There was a unified command with the U.S.F.S. San Jacinto Ranger District and Cal Fire Riverside County firefighters.

“A quick response of ground and aerial fire assets from Forest Service and CalFire” held the fire from spreading, Fogle wrote in an email. The rapid initial attach included a helicopter and two air tankers besides the ground engine crews. Nearly 80 firefighters combated the fire and prevented it from expanding and spreading. 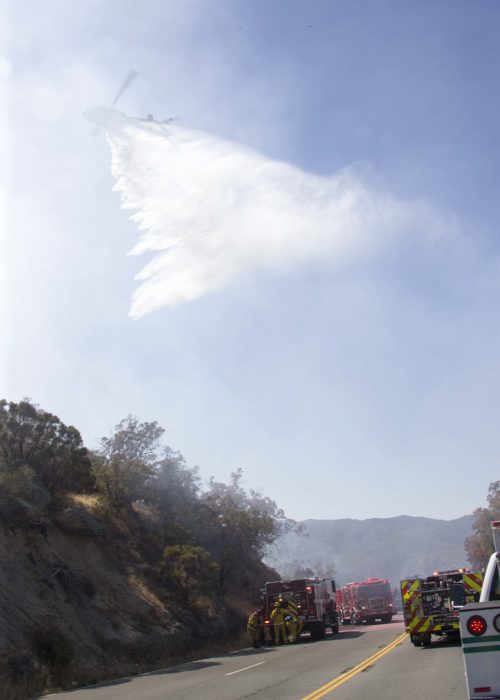 All Photos were by Jenny Kirchner