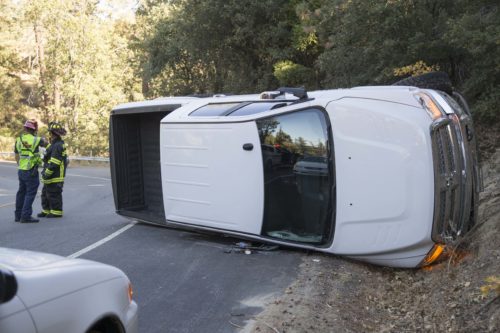 According to California Highway Patrol Officer Graham Aanestad, Douglas Miller of Menifee was traveling westbound on Highway 74 at mile marker 58.50 around 3:21 p.m. Friday afternoon, Oct. 13, when he heard a pop in his white Dodge truck. Miller then lost his ability to steer, causing him to lose control and travel into oncoming traffic, rolling over onto the driver's side of the vehicle.

No one, including Miller was injured in the crash. 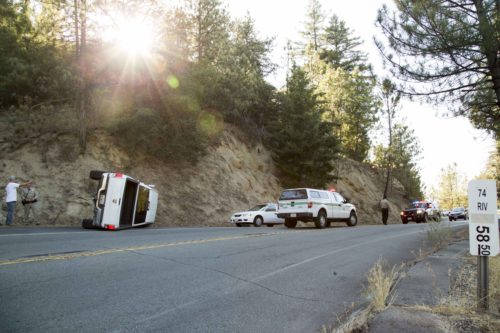 Highway 74 was closed and then opened to one lane of traffic while the scene was cleared. Idyllwild Fire, Riverside County Fire Station 53, U.S. Forest Service, CHP and Idyllwild Garage all responded to the scene.