Brian Thompson entered into eternity on Friday, Feb. 2, 2018, after a two-year-long tiresome and brutal fight with heart failure, renal 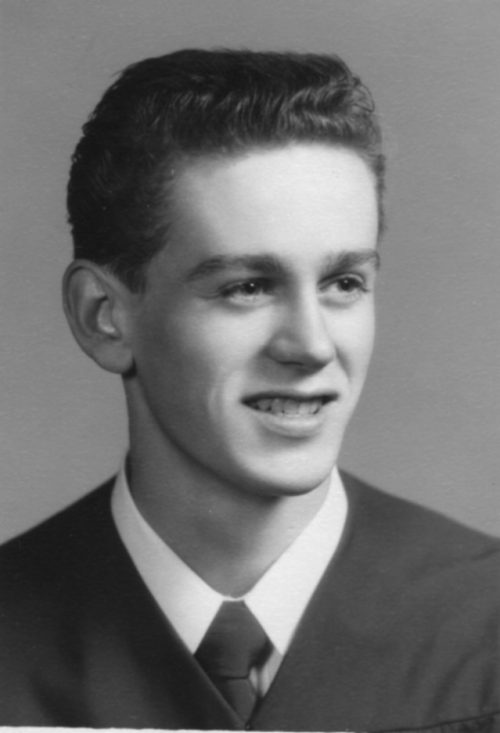 disease and lung disease. He was a fighter, “the fighting Irish” was he, until the very end.

The youngest of three children, he was born July 18, 1938, to Gertrude “Gerty” and Harold “Ruby” Thompson in Bangor, Ireland, in County Down. Brian’s sister is Maureen Alsberry and his brother is Richard Thompson.

His eldest daughter Kathleen took care of Brian since 2012 after his amputation and stroke, and is heartbroken, as is his son Brian who also would care for his dad on the weekends to help out the family.

Tim Sr. “best mate” called Brian almost daily for over seven years when Brian lived alone in Palm Desert. He held Dad’s spirits up and Dad held his up, as well.

Brian’s first wife, Frances, was his confidante and friend, and helped nurse him back to health after his first heart attack. She will always have the biggest heart and soul of any family member.

The greatest joy of Brian’s life was conversations; he loved conversing with family and friends. He loved golfing, bowling, playing pool, fishing, camping and following the stock market. His favorite hobby, though, was designing, planning and building cottages and additions to his cabins in Idyllwild. He loved it so much he procured a job at Forest Lumber for over three years that he enjoyed immensely.

Before that, Brian worked as a data processing supervisor for Pacific Mutual at Fashion Island in Newport Beach for over 34 years.

Brian was a meticulous planner and an outstanding provider who retired at age 55. His outstanding work ethic developed as a young man when he sold papers in Hollywood and collected coins.

He enjoyed daily calls to his son-in-law Tim, sports chats with his son Brian and grandson Trevor, slow dancing with granddaughter Julles and family events (when his health let him).

He loved his last road trip to Payson, Arizona, his brother Richard’s place; talking stories with his sister, brother, kids and grandkids; eating together; going to the casino; and having a few drinks — that was the essence of Dad’s joy.

Fortified with two hot coffees every morning and watching the stock market channel, he was “at home” as long as he had his family close by, and the long-distance phone calls from his grandson T.J. when he was deployed in the Navy brought Brian weeks of joy.

We will miss you, Dad, and until we meet again …

May the road rise up to meet you.

May the wind be always at your back.

May the sun shine warm upon your face;

the rains fall soft upon your fields

and until we meet again,

may God hold you in the palm of His hand.