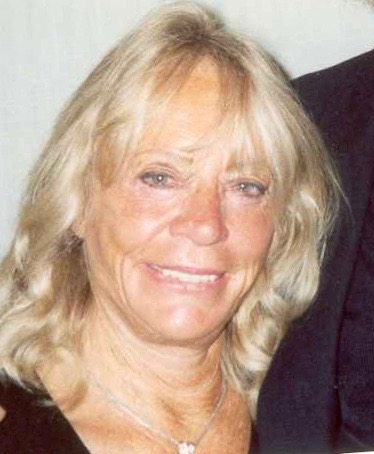 Anne Marie’s “huge” spirit departed this plane in the early hours of Thursday, Feb. 15, 2018, at her home here in Idyllwild, in the arms of her husband Ken, who she was married to for over 20 years.

She was born in Sweden, lived the first 13 years of her life in an orphanage outside of Stockholm and moved to America in her early 20s.

She was a doctor of chiropractic and a naturopath, and was an early pioneer in the health and fitness movement.

She was the first activity/fitness director of the famous Golden Door Resort in Escondido, was well celebrated in Sports Illustrated, and was the inventor of the body ball and the V-Bar, which later came to be know as the ThighMaster. She also started putting exercise and calisthenics to music, something she called Jump’in Jimminy, now called Jazzercise, and both Raquel Welch and Jane Fonda learned from her and built on her trailblazing techniques.

She was the widow of WWII hero Robert Prescott, AVG “Flying Tiger” pilot, who later went on to found the Flying Tiger Air Cargo Line (now part of FedEx), the Hungry Tiger Restaurant chain and the Sanctuary Health Spa in LA, all with her able assistance.

She was a regular on the Steve Allen and Merv Griffin shows, and was also a guest of Johnny’s on the Tonight Show. She loved golf, probably could have been a professional had time allowed, and played often with the first Gov. Brown and his wife, with Bob Hope and his buddies, and with her friend Arnold Palmer.

(Please excuse the name-dropping.) Actually, there are too many of them to count. She was loved equally by the celebrated and by the everyday ordinary, distinctions she never gave any importance to.

In 1974, she co-founded with her dear Swedish friend Cat, The Ashram in the Santa Monica Mountains above Malibu, a much-renowned spiritual/fitness retreat that continues to this day to play host to celebrities, professional athletes, and anyone who wants a full week’s change-of pace-adventure into hiking, yoga, meditation and group fun, served up with a tasty vegetarian diet.

She was a bishop of the First Christians’ Essene Church in San Diego, and has married nearly 100 couples while in that capacity. She believed that Luke 10:27 and Romans 8:28 were the secret to a healthy and successful life, and she lived her belief unabashedly.

She is author of “KAI,” a short fable partly based on her experiences while living by herself for six months in the Guatemalan rain forest.

She has been sought out by spiritual teachers, healers, trance-channels and psychics from all over the world, all of whom have appreciated her outgoing personality, her sunny disposition and her no-nonsense counsel.

She also traveled several times to India and the Far East. On one visit to Kashmir, she was granted a rare (for a woman) and special audience with the Lion of Kashmir, the greatly esteemed leader of the country, whom she immediately chided for not allowing the girls in his kingdom to be educated, something that could have gotten her in “big” trouble in this strict Muslim country. On her next visit a year later, all girls in Kashmir had been granted the right to education. That made her very happy. Add “lion tamer” to her already extensive résumé.

She has lived in Encinitas; Los Angeles; Taos, New Mexico; Rainier, Washington; and the Coachella Valley before moving permanently to Idyllwild in 2014.

She also played a soulful harmonica, with mostly spiritual songs in her repertoire, and she loved the bagpipes, especially when played to “Amazing Grace.”

She relished her final days here in Idyllwild, which served as a retreat, of sorts, from her busy past life. “Everyday here is like waking up in heaven.”

She had no other surviving family members. A small remembrance celebration of her life will take place in Malibu, for closest friends only, per her wishes. Needless to say, our loss is heaven’s gain.