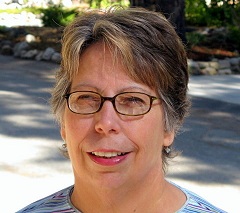 Brenda Lorraine Underwood, 69, passed away after a valiant 23-year battle against metastatic breast cancer Friday, April 27, 2018, at her home in Hemet.

As a small child growing up in Southern California, Brenda could not remember a time when art was not a part of her life. She won awards in both Hemet and Idyllwild, including “Artist of the Year” in Hemet at the Hemet Valley Art Association, in 2003, 2013 and 2014.

In Idyllwild, she received many awards for her work and in 2006, the coveted “Artist Choice Award” for her oil painting “Red Poppy” at the Art Alliance’s eighth-annual Member Show.

Brenda touched many lives by sharing her talents. Her artwork can be found in many places around the Hemet-San Jacinto Valley.

In addition to murals in private homes, she has a mural inside the Hemet Valley Medical Center, at Little Lake Elementary School in Hemet and in the Early Childhood Development Center in Long Beach.

Although she thoroughly enjoyed murals, she preferred to work on traditional canvas and paper. Brenda won “Best of Show” in several mediums in both Riverside and Orange counties.

Her work also has been featured in and on the covers of several national magazines, including “Decorative Painting” and “Country Woman.”

Brenda had several pieces of her work registered with the Library of Congress in Washington, D.C.

She is survived by her husband of 51 years, Michael Underwood; their three children, Lorraine Keller of Utah, Yvonne Knaper of Hemet and Scott Underwood of Hemet; and her mother-in-law, Christina Underwood of Hemet.She also has eight grandchildren and one great-grandchild.

A Celebration of Life was held at Miller Jones Mortuary at 10 a.m. Friday, May 4. In lieu of flowers, donations may be made to Hemet Valley Art Association, Art Alliance of Idyllwild or the Diamond Valley Arts Council.