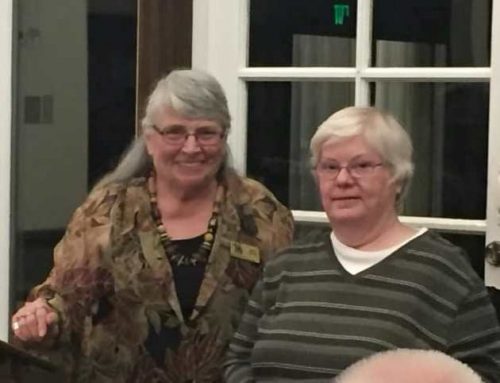 Attorney Rebecca “Becky” Gunn of Idyllwild was honored at the Human Relations Council’s 20th-anniversary celebration on Oct. 24, in San Jacinto.

Gunn was honored as one of the founders of this nonprofit, being praised for her courage, foresight and commitment to such a high ideal. The mission of this organization is to promote cooperation and positive human relations in the community. As an attorney with Bloom, Rudibaugh and Gunn, she was instrumental in obtaining the nonprofit corporate status of the organization in 1998 and served for many years as its legislative affairs chair.

She grew up in small town Minnesota, graduated from the University of Minnesota, received her law degree from Loyola Marymount, Los Angeles, and a master’s degree in tax law from Denver University.

Gunn practiced in Loveland, Colorado, from 1980 to 1988; was a tax-law analyst at CCH Computax for about a year; then practiced law with Kathy Bloom and Scott Rudibaugh in Hemet. She and her partner of 25 years Mary Gosney married in October 2008.