For local residents, one important change is the $20 price for full access passes. Last year, it was $45 dollars for the week’s events, which included all screenings, parties and award ceremonies.

In response to input from locals, Savage also plans to program more character- driven films and dramatically reduce the number of slasher, blood and gore feature films that colored the first two festivals. Another change is that the festival will play over four days, from Thursday, Jan. 12 to Sunday Jan. 15, rather than the previous five-day format.

“The first days of the festival were always light,” said Savage. “We’re modeling this format after Sundance [Film Festival], which starts on a Thursday and runs through Tuesday. Next year I hope we can run for a similar six days.” 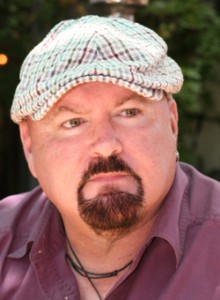 Also new for this year is the addition of Phil R. Calderon as an honorary chair. “He’s handling the submissions, working to secure corporate sponsorships and doing the social networking,” said Savage. Calderon was the writer and producer of “Manhater,” a film featured at IIFC 2011.

Savage hopes the changes he is planning will help ensure the growth in participation of both groups for IIFC 2012. He hopes to raise the buzz among locals by changing programming and pricing. He wants to fan the positive buzz among indie filmmakers generated from the festival’s second year by continuing to court up-and-coming filmmakers.

“We are not about huge budgets and glitzy galas,” said Savage. “We are about giving filmmakers a voice and a venue where there may not be opportunity elsewhere. Our goal is to provide a platform for the independent filmmaker to not only have his or her movie seen by great film-loving audiences, but to have a shot at a viewing in front of world-wide distribution companies. We’ll screen 20 feature films and documentaries and about 50 shorts over the four-day period.” said Savage.

Selection of the festival awards will be decided in a voting procedure used in the festival’s first year. “Participating directors will vote for the awards in all categories,” said Savage, responding to some concerns voiced last year about the way in which award recipients were chosen. Professional film directors, rather than a local awards committee, will vote. “Festival audiences will vote to choose the ‘Best of Festival’ film,” Savage said.

Savage noted that filmmakers who recruit and bring cast, crew and supporters to festivals often receive additional consideration at other festivals. “Merit also figures in but it is not the only determining factor,” he said.

Savage will reprise two festival seminars from last year, “Working Actors in Hollywood” and “Producing and Selling Independent Films,” and schedule them at times likely to draw more attendees.

Savage said the charity the festival would honor this year is the Pancreatic Cancer Action Network (PCAN), dedicated to researching and combatting pancreatic cancer, the disease that felled popular actor and dancer Patrick Swayze. Savage said Swayze’s brother, Don, also an actor, and his widow, Lisa, will attend the festival. Lisa is the national spokesperson for PCAN.