Another structure fire occurred in Idyllwild this afternoon around 5:30 p.m. The Toll Fire took a house in the 53300 block of Toll Gate Road.

Idyllwild Fire Capt. Alan Lott, the incident commander, said no injuries were observed and the fire was contain and nearly extinguished in less than hour. 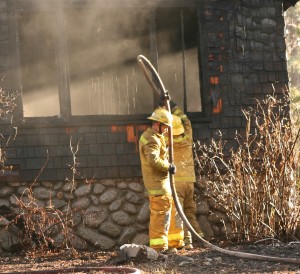 About 40 firefighters were on the scene including the Idyllwild ladder truck and brush engine and volunteer company.