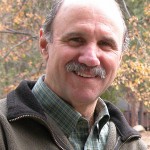 The regular monthly tournament was also in conjunction with its second round of match-play playoffs for the 2015 club championship.

with four to play, and Lee Lanfried (22) beat Dave Robb (14) two holes up with one to play. Capparelli will face off with Lanfried in the final matchup, which will be played in conjunction with the regular October tourney.

In September’s regular tourney, Lanfried shot a net 63 for first place, Robb took second with a net 64, Capparelli took third with a net 68, John King (25) took fourth with a net 69, and there was a three-way tie for fifth. Pete Holzman (10), Robert Priefer (24) and Barry Zander (36) all finished with net 72s.

Robb won the low-gross side pot with his 78.

The closest-to-the-pin winners on the four par 3s were Barry Wallace on hole number 4, Robb on no. 8, Capparelli on no. 13, and no winner on the 15th hole.

Here are the year-to-date points:

A member has to compete in at least five regular-season tournaments to qualify for the playoffs.