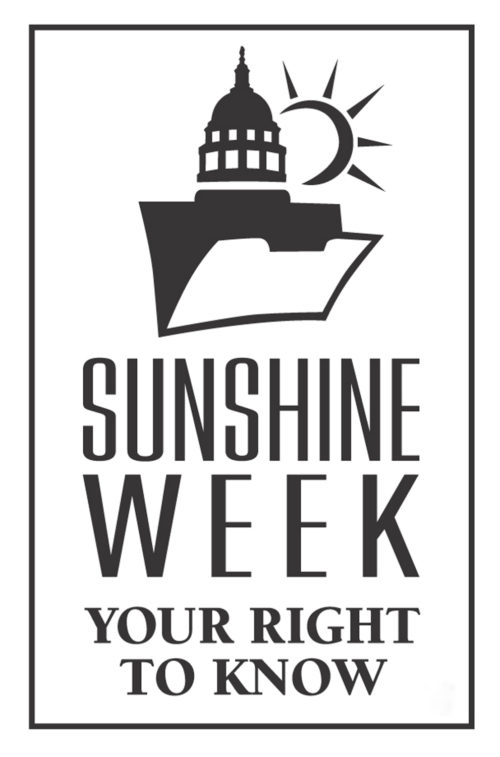 Editor’s note: March 12-18 is Sunshone Week, celebrating freedom of information, open government and civic awareness. In advance of that, we are running this editorial.

Those were the words of federal judge Damon Keith about secret deportation hearings after the 9/11 attacks. Judge Keith’s eloquent phrase could also be applied to thousands of back-room government meetings in town halls, courthouses and statehouses across this country.

Many candidates preach transparency on the campaign trail, but fail to practice it in office. The issue can expose a canyon between a politician’s words and actions.

Some local boards develop a bad habit of gathering as quorums outside their chambers. City commissioners in my town headed for a main street saloon after adjourning. Those sessions lasted longer than their actual meetings.

Our county board had a similar routine. On meeting day, commissioners took a lunch break together. It would be naïve to believe county business did not come up at the café, or city business was not rehashed in the downtown bar.

Local officials are often criticized when caught breaking laws against secret meetings. Meanwhile, elected officials at the state level roam free to do the same thing.

In bright red South Dakota, Republicans make up 85 percent of the State Legislature. GOP lawmakers meet privately in committee quorums, scripting a “kill or pass” strategy for bills before public testimony is even heard. Legal? Yes. Right? No.

Consider the citizens who drive across the state to testify at those committee hearings. Their time and words are wasted when votes are mere “rubber stamps” of pre-negotiated deals. It is a less than transparent system.

After the committee “hearings,” South Dakota’s Republican legislators hold large closed caucus meetings before the afternoon floor session is gaveled to order. As with the earlier pre-meeting meetings, these top-secret gatherings amount to giant executive sessions on the state level because the super-majority caucus has a clear quorum.

Some say it’s harmless for a quorum of Republicans lawmakers to caucus secretly. We say it’s a case of too many elephants in the room.

The closed caucus is a place to get those elephants in a row away from public view. It’s a place where decisions are made about teacher pay and taxing food and Medicaid expansion. It’s a place where Democrats and Independents are excluded from meaningful dialogue about issues important to people of all political labels. It’s a place where citizens cannot monitor public policy debates and those who seek to influence them.

Shouldn’t people buying the sausage get to see it made? They have a right to watch the Legislature’s machinery grinding in all its rust and dust and glory. Let them observe the logic, reasoning, horse-trading and arm-twisting that propels all those ayes and nays on the House and Senate floors. Open caucus doors to media and the public!

Those who say private meetings are more productive and efficient do not give citizens enough credit. Officials should have faith that people smart enough to elect them are also wise enough to judge their deliberations.

Wheels of change turn slowly in local government, but some progress has been made. More city and county officials strive to follow open meeting rules. Commissioners in our town no longer meet after meetings for cold beer or hot beef sandwiches. Slow open government beats no open government.

Meetings at the statehouse level are a different story. The addiction to secrecy grows stronger as a majority grows larger. The party in power assumes election success is a license for top-secret business as usual.

Democrats are just as prone to secrecy. One party rule — by either party — is not conducive to open government. It eliminates checks and balances. Genuine transparency is poisoned.

In most states, there are no laws against a statehouse majority’s secret meetings. But there could be and should be. State lawmakers tell local officials, “Do as we say, not as we do.” They should be saying, “Do as we say and we will, too.”

Because democracy dies behind closed doors.

Brian Hunhoff is a South Dakota journalist who has written extensively about open and closed government. His defense of First Amendment principles was recognized with the Freedom of Information award from the National Newspaper Association.