The statistics cited at the recent Idyllwild Chamber of Commerce meeting showed a decline in business members, in number of serving directors and cash on hand from previous highs in 2011. Cash, now at $800, is a quarter of the October 2011 amount of $3,200.

The number of directors will fall from a high of 11 last July to 6 by the end of June. One new board member, Suzy Burkle of Idyllwild Vacation Rentals, who was only confirmed to serve in December, submitted an already effective resignation. Two more directors, including current interim President Richmond Blake and Second Vice President Jo Ann Slater, plan to leave at the end of their terms in June. Chris Titus of Idyllwild Vacation Rentals and Gary Taylor of Fern Valley Inn have agreed to stand for election. The board extended by one month the period for nomination of new directors.

A large percentage of the decline in current memberships is from nonrenewal, according to Steve Moulton, membership committee member, who thought diminished interest might be due to a difficult economy.

A subcommittee of the chamber, headed by directors Lanny Hardy and Mike Lackey, is meeting to create a roadmap of how to grow town commerce, and by extension, the Idyllwild Chamber. “Our current work on developing a long-range plan is going to help us become a more goal-oriented organization that’s focused on the mission of promoting business here in Idyllwild,” said Hardy in subsequent interview. “As part of those efforts, I think the community will start to see a more proactive and structured approach to our involvement in local activities as well as in outreach campaigns to bring visitors up the Hill. We’re already getting positive feedback from some former members and I think that will continue as we’re able to demonstrate value for their dues dollars.”

At the March 19 meeting, the board did not take action on the still-unsigned lease with Riverside County for Town Hall. Economic Development Agency County Service Area Operations Manager Bill Brown had requested the board make a conference call with him during or after the Monday meeting so that together they could resolve the lease issue.

Brown had planned to attend but weather concerns prevented that. Brown said he had hoped to assuage any concerns the board had over lease terms inserted by county counsel. The board decided not to make the call that night but voted instead to schedule a special in-person meeting. On Monday, Brown said he plans to attend the Monday, April 2, meeting and hopes to resolve the issue.

The board also discussed management of the in-town Marshall Hawkins Jazz Concert on the Saturday night of the Jazz in the Pines festival. Festival infrastructure planner Ted Cummings had asked the board for a decision by Wednesday, March 28.

In the fall, Cummings told the chamber that the jazz fest would not hold a competing event on Saturday night if the chamber planned a second in-town concert. The now defunct Idyllwild Business Round Table had chaired the first in-town jazz concert. In the absence of any formal decision by the chamber to take over the event, Cummings said he would have to make a decision on whether to resurrect the Saturday night Idyllwild Arts Jazz and Jambalaya Dinner.

On Monday, March 26, chamber directors David Jerome and Lanny Hardy confirmed that the board had voted to manage the event and that Jerome would serve as chamber liaison with Cummings and jazz fest planners.

In a Monday phone conversation, Cummings stated that festival security personnel would provide security for the in-town concert as they had last year on an informal basis. “The details aren’t worked out yet,” said Cummings, “but we’ve agreed in principle.”

As was done last year, Cummings has promised to announce the in-town event from all festival venues and to keep festival transportation running through the evening to ferry patrons from Jazz event parking into Idyllwild proper.

Hawkins’ Town Jazz is a hit 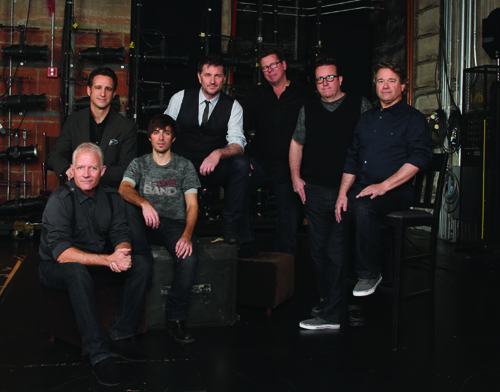