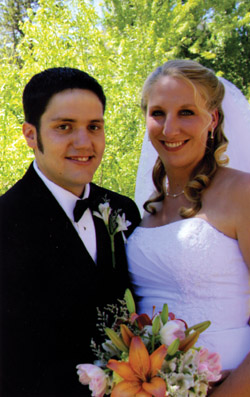 Shannon Day of Idyllwild and Robert Craig of San Diego were united in marriage on Saturday, June 23, 2012, in a beautiful ceremony at Woodland Park Manor in Idyllwild. A reception, attended by 100 family members and close friends, followed.

Shannon is the daughter of Colin and Denise Day of Idyllwild. Robert is the son of Janet Craig of Olympia, Wash.

Officiating at the wedding was Matthew Day, the bride’s brother. The bride was given away by her father Colin Day. The wedding’s color scheme was teal.

Shannon is a 5th grade teacher, and Robert is a music educator. The couple will reside in San Diego.