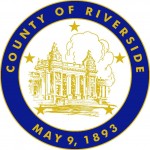 The Riverside County Board of Supervisors submitted a 22-page response with attachments to the county grand jury’s May report critical of the board’s awarding Community Improvement Designation funds to local nonprofits.

While the board agreed to review some actions and the process for making the choices, it adamantly maintained that the program was legal and carried out free of the political abuses the report implied occurred.

On the first page, the board’s response quotes Government Code section 26227, “which authorizes the board to appropriate and expend money from the General Gund to establish county programs or to fund other programs deemed necessary to meet the county population’s social needs, including, but not limited to, the areas of health, law enforcement, public safety rehabilitation, welfare, education and legal services …”

The board stressed that difference of opinion over the value of these awards is legitimate. Ultimately, the law allows the board to decide that “such grants provide essential public funding for community services and charitable organizations, helping to bridge the gap between government programs and local needs.”

The awards have become even more important to local communities during the “Great Recession;” however, the board concedes the merit of several of the report’s findings and recommendations.

In particular, the use of the Economic Development Agency account to extend the time to use the funding will be stopped. Also, the board directed the county executive officer to develop a countywide policy governing the use of CID funding. The proposed policy will be part of future board meetings. The board agreed that the oversight of the program needs to be improved and eligibility for funding should be more clearly explained in a board policy.

The board’s response also strongly stated that no state political abuse laws were violated and the implication of improprieties was inappropriate. “Nothing in the grand jury report substantiates or concludes that any board member had violated or ignored any [Political Reform] Act’s provision involving conflict-of-interest laws or election campaign provisions of the act.”