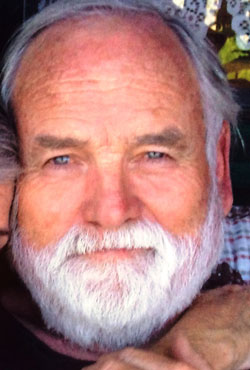 Gary Earl Wall, 69, died unexpectedly Saturday, Sept. 6, 2014, two days after suffering a massive stroke at his home. A lifelong resident of the San Diego community of Linda Vista, Gary was also a recognizable figure in Idyllwild, where his family has maintained a cabin in the shadow of Tahquitz Peak for 50 years.

Gary’s education took him through the halls of Kit Carson Elementary, Montgomery Jr. High and Kearny High. After graduation, he worked at a pickle factory and 7 Up Bottling Co. before beginning a 35-year career with San Diego Gas and Electric. Before retiring in 2002, the self-proclaimed “Gas Man” often served in capacities well above and beyond his position as a gas-service technician. He worked on emergency strike teams in San Francisco and Northridge following devastating earthquakes in 1989 and 1994, respectively, and was once honored by the company for saving a man’s life. 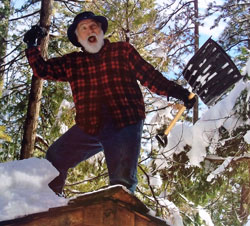 Born Feb. 9, 1945, the son of a San Diego police detective and Sharp Memorial Hospital nurse, Gary is survived by his wife Maureen, his children David and Sarah, mother Ina, sister Gail and an extended family that includes countless friends and relatives.

Always lending a hand when one was needed, always giving of himself and always thinking of others, Gary will forever be remembered for his outrageous sense of humor, great humility and deep devotion. As a Lifesharing donor, Gary’s final act of selflessness saved the lives of several others. If wealth is measured by friendship, love and sacrifice, Gary was unquestionably the world’s richest man.

A memorial service and celebration of Gary’s life is planned at 3 p.m. Saturday, Sept. 20, in Linda Vista. For details, contact Gary’s family, who suggest visiting Lifesharing.org for information on becoming an organ donor or to make a memorial contribution in Gary’s name.