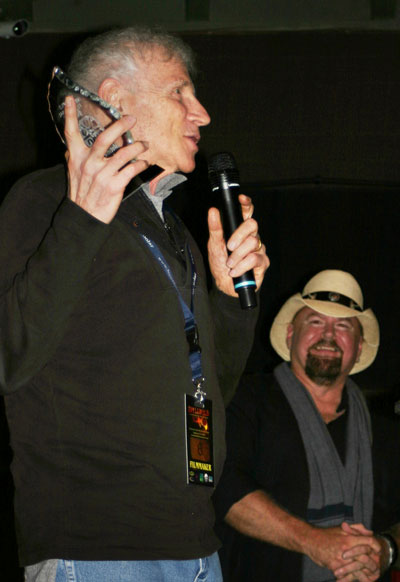 “He was genuinely taken aback and surprised by the honor,” said IIFC Chair and founder Stephen Savage.

Katz’s career included several years writing for “M*A*S*H”, which Savage says was enough alone to qualify him for the award, “But his resume includes hundreds of other shows.

“He’s an iconic Hollywood denizen, a filmmaker who is often under the limelight,” Savage added. 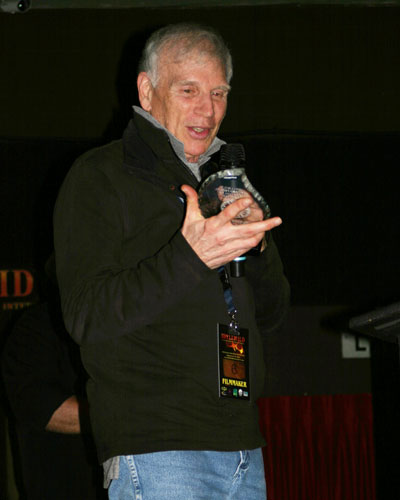 Katz, from Chicago, began his Hollywood writing career in 1967 on “Rowan & Martin’s Laugh-In.” He also wrote for several other popular vintage comedies such as “Sanford and Son,” “All in the Family” and “The Mary Tyler Moore Show.” Besides writing, he also helped produce “M*A*S*H,” “The Cher Show,” “Rhoda” and “Roseanne.”

“[The business] has changed a lot since then,” Katz said. Network management is much more involved in the creative process, to the distress of many writers and creative partners. When he was producing, there might be three or four other people involved in production activities. Today, there are dozens of producers for each show. On one show recently, Katz encountered more than 20 production staff and “… at a studio, anyone can change a script.”

The number of writers has grown substantially, too, according to Katz. Now, six or seven people develop one half-hour script.

The serially, or episodic, nature of today’s programs is also a major change, Katz said. “It used to be ‘must see TV.’ You didn’t have to know what happened before the episode you were watching.”

Filmmaking or movies is all about financing now, creativity is secondary. Independent filmmakers have to demonstrate how much advance sales are available before studios consider financing. Pre-sales to cable, Europe, Asia, DVDs and accessories are all part of the money-making equation. A mediocre $150-million movie, with renowned actors, might have $170 million in pre-sales so it’s made and will appear on thousands of neighborhood screens.

However, Katz’s most recent movie production is in a different league. “Bucky and the Squirrels,” his film at Idyllwild 2015, cost slightly less than $500,000 to produce. “Of course, that’s because we’re professionals and have done many and know how to schedule,” he said proudly.

Contributing to the successful production of a low-budget independent was the commitment of much of the crew, who were Katz’s friends and who promised to work: “If we don’t lose money, we’ll do it.”

Katz’s long-time friends Tom and Julie Hurvis, alumni of Appleton University in Wisconsin where the film was made, financed “Bucky.”

“If this film sucks, I’ve got no one to blame but myself. If ‘Bucky and the Squirrels’ has a message, trust me, it’s in there by accident,” said Katz proudly, who wrote and directed the film.

“I loved doing this film. I’d do it again. It’s the perfect way to do a movie and everybody did if for the right reason,” he added adamantly. “This has been my favorite writing experience — up until now.”

While Katz has written many television and film scripts, his talent goes beyond dialogue. His repertoire includes the libretto for the musical “Zapata” and others. His essays have been published in the Times — on both coasts, the New York and Los Angeles papers.

The 800-word satirical essay for the New York Times was completed after 39 drafts, Katz said while describing his work process. “I rewrite, rewrite and rewrite until it’s the best I can do.”

But he did lament the numerous scripts he has in his head. “It’s hard to write another script and not know how to get it made. It’s easier for me when I know it will be produced.”