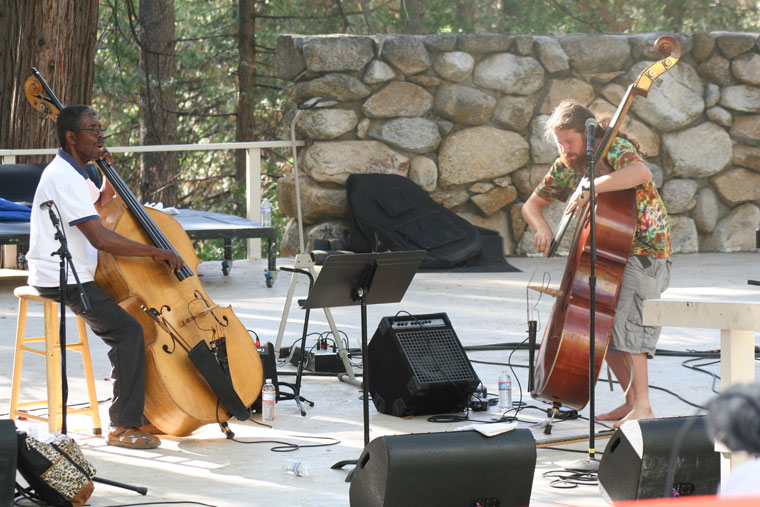 His contributions to the lives of others are legendary. Student after student, year after year, his accolades amass. What they’ve learned from him about music, jazz, character  — life in general — would fill a thousand films.

The life work of a rare few is preserved forever in a 70-minute documentary. Two of Hawkins’ former students, (Devon Gilpatrick  and Ashi Manoff), have remarkably captured the Marshall Hawkins who enhanced their lives.

In the words of students and fellow teachers and musicians, we learn of a man who loves music and cares deeply about the young people who learn from him — a man who imparts his music genius to each student by word, deed and passion — a man who gifts his students with the tools — industry, discipline, character — to reach goals and build dreams, no matter what career paths they choose.

At last week’s Wednesday night showing of “Hawkins” at the Caine Learning Center during the 2015 Idyllwild International Festival of Cinema, attendees saw the man and his music praised by outstanding musicians, including Harry Pickens, Evan Christopher, Jason Jackson, Joshua White and the late Daniel Jackson, some of them his former students at Idyllwild Arts Academy. An attentive audience witnessed him in action in the classroom, absorbed in the work of his students, each of whom clearly considered each word a pearl, each day a master class.

Hawkins’ music itself is featured in the film in his own performances and through those of his students. His character and ideals are evident throughout.

Hawkins attended Wednesday night’s showing. At the end, festival attendees rose to their feet in ovation of the film and the man.