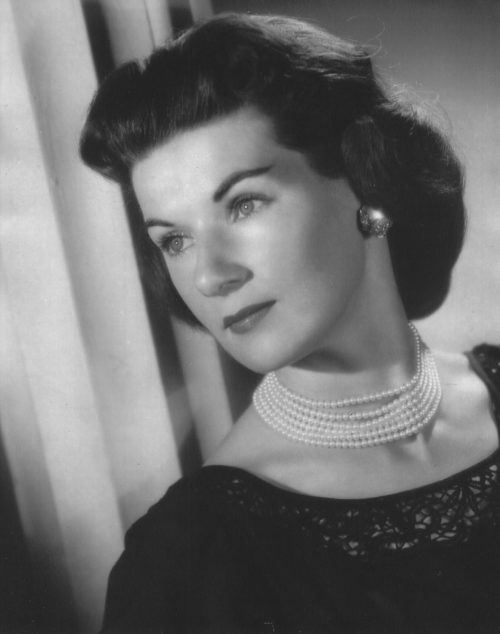 She was born June 19, 1925, in Oakland, and spent most of her childhood in Elsinore. Her paternal grandfather, John Hanson, was a cattle rancher in Tulare County, where, as a little girl, Janice spent some of her summers fishing and having fun with her sister Jacqueline, brother John, and various cousins and relatives.

In the early 1940s, as a teenager, Jan spent several summers in Idyllwild, working as a waitress at the original Idyllwild Inn.  While working at the inn, she shared a cabin at the old Gasoline Alley property with another girl and met her future husband, Robert (Bob) Oates, whose family owned a vacation cabin on Fern Valley Road.

After she attended high school at Elsinore High, Janice and Robert were married in 1943 and resided in the Glendale area, where their three sons, Ron, Robin and Tim, were born.  In addition to taking care of her family, Jan worked part-time as a model during those early family years.

While building a vacation home in Fern Valley in 1959, Bob and Jan decided to move to Idyllwild permanently, where they subsequently purchased and remodeled the “Alpine Building” in Fern Valley Corners, where Jan opened and operated the Alpine Pantry restaurant during the 1960s.

Janice loved interior design and in the 1970s, began working as an interior decorator in Orange County where she met her second husband, real estate broker Jack Krueger.  After retiring, they lived for a number of years in Auburn and then Encinitas.

Beloved mother, grandmother and wonderful friend to all who knew her, Jan’s caring and selfless manner made everyone she came in contact with feel special. She always knew the perfect little something that would make a birthday or Christmas meaningful, and started many family traditions that will live on for generations.

Her family has the gift of daily journals she wrote for many years, ensuring that her thoughts and love of family will never disappear.

Predeceased by her husband Jack Krueger, she is survived by her three sons, Ronald (Linda) Oates of Newcastle, Robin (Sarah) Oates of Idyllwild and Timothy (Jackie) Oates of Irvine; 11 grandchildren; 23 great-grandchildren and sister Geraldine Duncan of Rohnert Park.