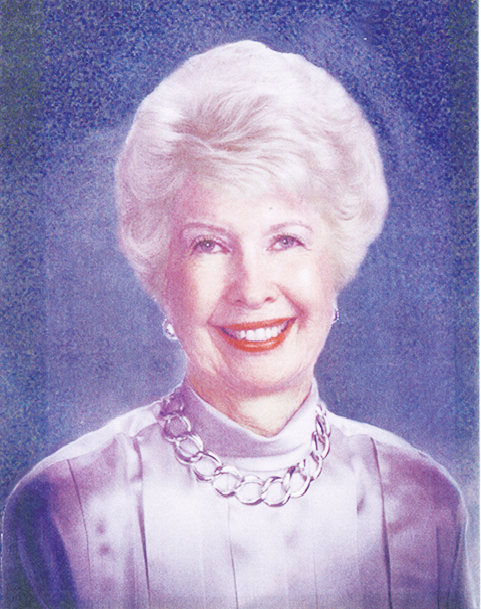 Patricia “Patty” McCaughin passed away Saturday, July 15, 2017. She was 94 and died of the effects of old age.

Born as Patricia Blanche Hopman in Whittier on June 10, 1923, Patty lived most of her life in Pasadena, Altadena and Diamond Bar. Then she moved full-time to Idyllwild in 2006.

Patty had a B.S. in Education from Whittier College. Over her lifetime, Patty had three careers — teacher, homemaker and businesswoman.

In 1948, Patty married her beloved soulmate, John Ferguson McCaughin. They were very happily married for over 50 years. John passed away in 1998.

In 1961, Patty and John started the J. F. McCaughin Company. The company set up and supplied lost wax casting foundries. Their specialty was formulating and blending waxes. After John’s death, Patty sold the company on its 40th anniversary, Oct. 1, 2001.

Patty and John did a great deal of world travel, much of it involved with their business. Besides all of western and eastern Europe, they traveled to Russia, Egypt, Taiwan, Japan and China. Their first trip to China was shortly after it had reopened to western travelers. Patty remembered how quiet Beijing was, because there were no cars, only bicycles and a few buses.

Everyone knew Patty as a deeply patriotic and spiritual person. Deeply committed to the cause of individual rights, she was particularly involved in women’s rights. Patty also was a lifelong supporter of animal rights and animal rescues. She became a vegetarian in the 1970s to support animal rights.

Her other interests were many. Patty loved decorating and gardening (especially when she and John built their dream colonial home together). Also, she loved painting pictures, music (opera, big band and musicals), theater, having parties, reading mysteries and sewing. Her cats were a great delight in her life, especially Sara and Billy.

Patty was absolutely devoted to her darling husband John. She was a fantastic mother, a loving grandmother and a loyal sister! She was famous in her family for her glowing smile, wonderful listening skills and generous nature.

Her greatest passion was dancing with her beloved John. Now, Patty and John are together again, dancing in Paradise.