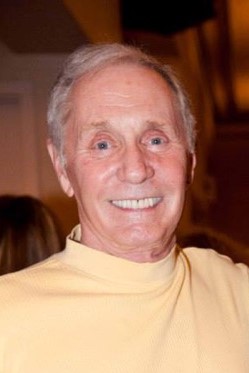 Thom was born on Dec. 31, 1938, in Indianapolis, Indiana, to Lloyd Thomas Pentecost and Mildred Lucille “Mid” Griffith Winkler. He had one younger brother, Bob Pentecost (d. 1992).

Thom attended PS Whittier #33 Elementary and Arsenal Technical High School, graduating in 1957. In 1961, he earned a Bachelor of Arts in Theater Arts from Jordan Conservatory of Music. After college, he served in the U.S. Army at Fort Polk, Louisiana.

Thom moved to Los Angeles and in 1969, found employment in the Music Rights Department at NBC.

Thom began tap dance training in 2005 at the age of 65 with Pacific Studio for Dance, where he inspired and mentored four generations of dancers.

Thom was beloved by many and will be remembered as a generous, creative, loving, supportive and fun man.

He is survived by his cousin, Linda Drake, loving in-laws and many dear friends that span his lifetime.

A Celebration of Life will be held at the Greater Los Angeles Agency on Deafness from noon to 3 p.m. Sunday, Oct. 22. Contact Angela Miller at [email protected] for further details.