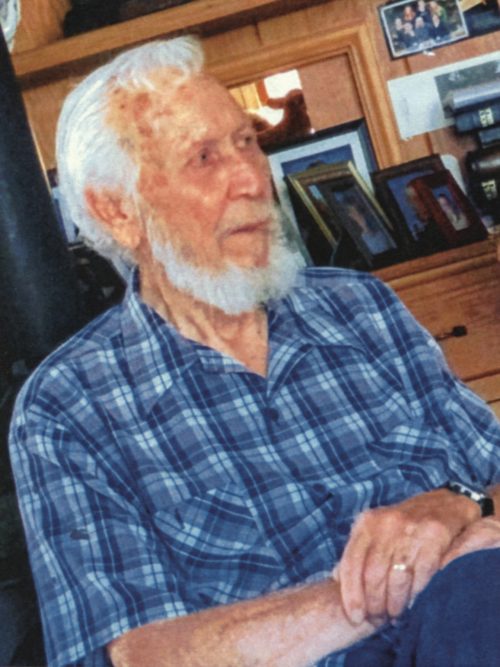 Lloyd came to live in Idyllwild in 1947 when he and Shirley were married on Thanksgiving Day, Nov. 27, 1947, at the home of C.A. and Luella Hoffman of Pine Cove.

Lloyd worked for Desert Sun School, under ownership by Richard and Eddie Elliott, as maintenance and mechanic help. Later, he became a volunteer fireman and helped with search and rescues in our area.

After becoming a duty fireman here in Idyllwild, an opening for postmaster came up in 1966-67 and  he served our postal need for 22 years, retiring in February 1987.

Always busy in the community, he served as post commander of the American Legion and held many other board positions.

Many of us will remember him as “the white-haired man” in the old green 1967 Ford pickup truck. He was always at the Community Church Thrift Store or seen “waiting” for gas along Highway 243 between the dump and his residence at 54420 N. Circle Dr.

Lloyd was preceded in death by son Allen “Doug” Wood, also a life-time Idyllwild resident, who passed on Jan. 4, 2008.

A memorial will be held at 2 p.m. Saturday, Jan. 13, 2018, at the Idyllwild Community Presbyterian Church. All are welcome for a time of sharing and remembering. Light refreshments will follow.