“This is one of the lowest [production] months in recent memory,” said Holldber. Based on first quarter production, PCWD’s annual production might be less than 30,000,000 gallons for the first time in more than a decade.

Holldber attributes the decline to fewer residential users and the winter season when fewer part time residents visit the Hill. Just three years ago, PCWD produced 3,190,490 gallons in March, 51 percent more than in 2012.

The level of static measuring well 10 declined three feet in March, Holldber opined that wells could rise with more winter precipitation. Water loss for the measuring period is about 10.5 percent.

Holldber reported that plans for a Pine Cove community garden on jointly-owned Idyllwild Water District and PCWD property have been tabled. The Forest Folk group that had looked at the Dutch Flat property appears to have different options and possibly more suitable locations, according to Holldber.

In other business, the board deferred voting on Resolution 470, at President Tom McCullough’s recommendation. The board will again consider policy regarding “Rules for the Administration of Employer-Employee Relations,” including employees’ right to organize for bargaining purposes at a future meeting.

At Holldber’s recommendation, the district will send a “thanks but we can’t afford it” letter to private company Utility Maintenance that had made a presentation to the district about an ongoing tank coating and maintenance program.

What the board did adopt at the Wednesday, April 11 meeting was Resolution 471 setting the standby charge for fiscal 2012/2013. The charge remains the same as last year — $30 per acre per year for each acre of land or portion thereof, in any single parcel, which is not served by an active metered service. A public hearing on the standby charge is scheduled for 10 a.m., Wednesday, June 13 at the regular board meeting.

The board had scheduled a closed session for the April 11 meeting, “ . . . for a conference with legal counsel regarding anticipated litigation [with] significant exposure to litigation . . .” Board President Tom McCullough reported after the closed session that the board took no action. 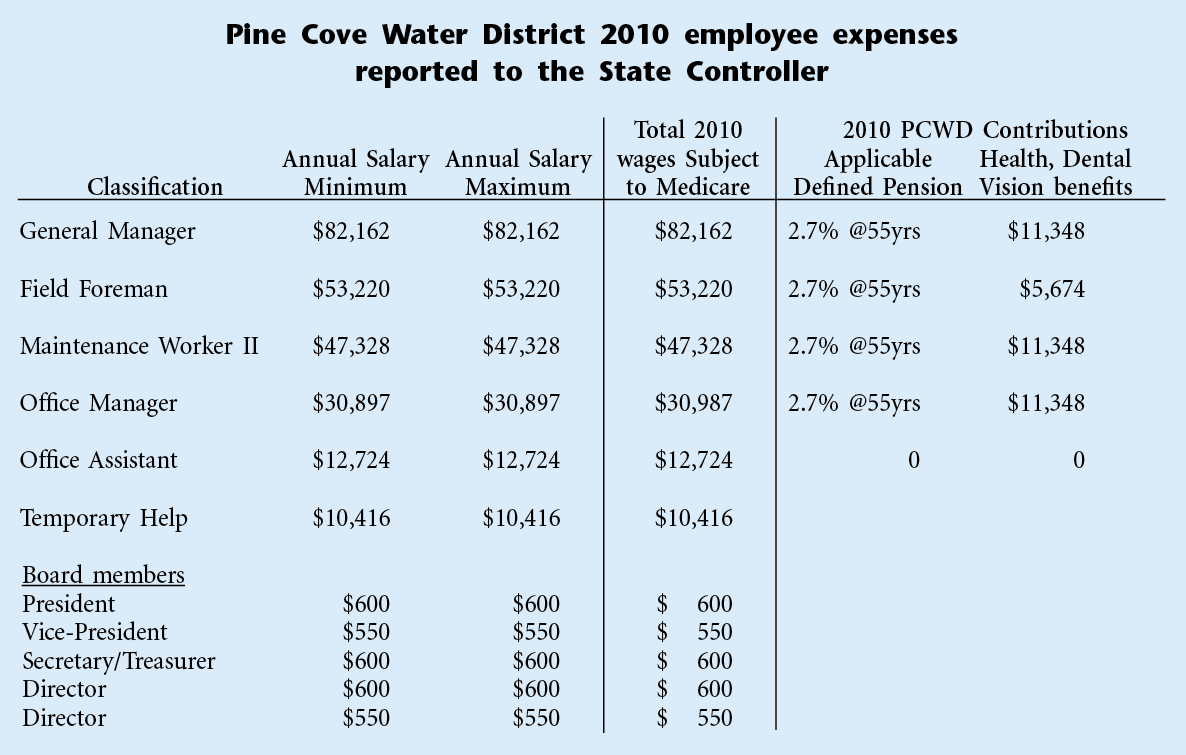