In addition to these donations, through the HELP Center, the PCPOA has helped several individuals with fuel and heating expenses.

“We are in Stage 1 [Water conservation emergency]. That’s voluntary compliance,” he told the group. “We are not running out although the well levels in the ground are dropping.”

But he stressed that the district has plenty of water and “no problem meeting our demand. It’s just that our water situation is very guarded.” The district monitors its wells at least twice each month.

“The people of Pine Cove are trying real hard to use water wisely,” he added.

Pipeline installation will begin shortly. This year he plans to bury more than 5,000 feet of pipe, about 25 more than during 2013.

In response to a question, he did say that sometime later this year he would review the district’s water rates. “Edison’s rates are increasing a lot and we haven’t felt the full effect yet. Nothing is getting cheaper,” Holldber said. 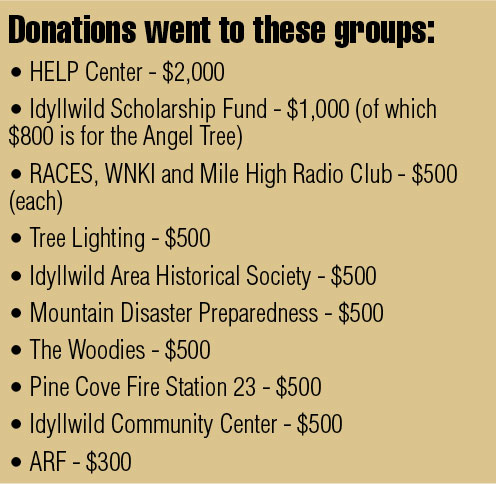