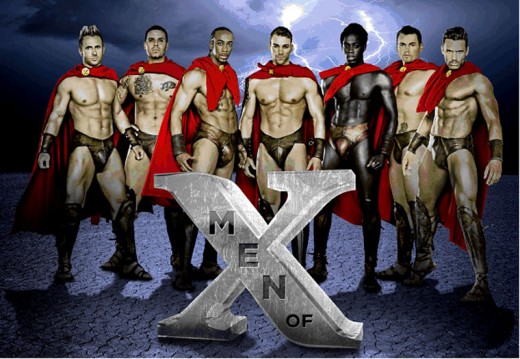 On Friday and Saturday, Feb. 12 and 13, The Men of X are warming up the winter nights with an all-male revue show at Soboba Casino.

While some men are struggling to decide on that perfect Valentine’s Day gift for the special women in their life, many women in the Inland Empire have already decided that all they really want are tickets to see The Men of X live.

The all-male revue show rose to stardom after their risqué performance began headlining major venues in Las Vegas, Nevada. They continue to wow Southern California fans by making their second appearance at Soboba Casino. After their initial performance in August sold out and left audiences begging for more, Soboba had little choice but to bring the titillating Men of X back for a second round.

The show offers viewers the chance to experience their favorite fantasies and daydreams. While leaving little to the imagination, performers transform seamlessly from the big and sturdy firemen to rough and ready bikers, and, of course, strong and rowdy cowboys. Michael J. Broderick, Soboba Casino’s director of marketing, recalled, “It was an immense success having The Men of X perform last year. We are looking forward to having them back in time for Valentine’s Day.”

The revue even offers a hands-on, interactive approach that allows some women to be pulled onto the stage for a one-on-one dancing experience. But don’t be fooled by their well-kempt exteriors. These guys have the talent to match it. They dance to everything from pop to classic rock, to hip-hop and country. The choreography is aimed to tease, with the performers occasionally jumping off the stage to dance with viewers in the audience.