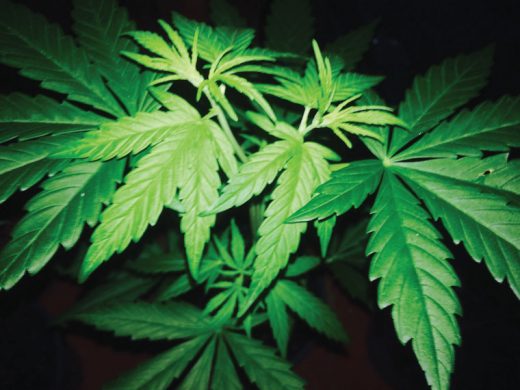 Proposition 64 proposes to legalize growing, possession and use of recreational marijuana for persons 21 years or older, subject to certain restrictions.

Cities and counties would be able to enact more regulations, restricting where marijuana businesses could be located or completely banning sales of marijuana within their jurisdictions.

Possession of up to 28.5 grams (about 1 ounce) of marijuana and 8 grams of concentrated marijuana (such as hash) would be permitted. Possession of any amount would be illegal on the grounds of a school, day care center or youth center where children are present.

Growing of up to six marijuana plants and keeping those plants within a private home would be permitted. Growing in an area that is open and unlocked, and/or visible from a public place would be illegal.

“Giving away,” as opposed to sale, of up to 28.5 grams of marijuana or 8 grams of concentrated marijuana by private persons 21 or older to other adults would be permitted under the measure. Providing marijuana to minors under age 21 for non-medical use would be strictly prohibited.

Prop 64 would create two new excise taxes on recreational marijuana — one would be a “cultivation” tax of $9.25 per ounce of marijuana flowers and $2.75 per ounce for leaves with certain exceptions for growing and sales of medical marijuana; the other would be a 15-percent tax on each retail sale of marijuana. Taxes would be adjusted for inflation beginning in 2020. Local governments could levy more taxes.

The non-partisan California Legislative Analyst’s Office estimates potential tax revenues (new state retail and excise taxes) of from hundreds of millions of dollars to more than $1 billion annually were this measure to pass. Tax revenues would be deposited in a special state account (the California Marijuana Tax Fund), and distributed first to cover costs of administering and enforcing the measure, and afterward to fund drug research, treatment and enforcement, as well as certain youth, and health and safety programs.

Among the programs funded by taxes are: grants to local health departments and community-based non-profits to support “job placement, mental health treatment, substance use disorder treatment, to lower or remove to legal barriers to the reentry of prisoners whose sentences have been reduced as a result of the measure, and medical care for communities disproportionately affected by past federal and state drug policies.” In addition, funds would be directed to youth programs including drug education, prevention and treatment, and to correct and alleviate environmental damage from illegal marijuana growing.

If Prop 64 is approved, individuals already serving sentences for activities made legal under the new law would be eligible for resentencing as well as consequent destruction of records for prior marijuana convictions.

Polls indicate a majority of California voters are leaning toward passage of the measure. Similar measures are on the November ballot in eight other states (Nevada, Maine, Massachusetts and Arizona for legal use of recreational marijuana, and in Florida, Arkansas, Montana and North Dakota for medical marijuana use.)

Supporters argue that Prop 64: has specific safeguards that protect children while allowing responsible adult use of recreational marijuana. It would generate significant tax revenue and decrease law enforcement costs for prosecution of marijuana offenses, as well as provide funding for after-school programs, drug prevention education and drug/alcohol addiction treatment, as well as law enforcement training and research on impaired driving and other programs. It would prevent lawmakers from using generated funds for pet projects by earmarking them for specific uses; and would decrease black market and drug cartel activity relating to marijuana sales.

Opponents argue that passage would result in more highway fatalities and more impaired driving. Passage also would negatively affect underprivileged neighborhoods and allow advertising of recreational marijuana businesses and sales, where those advertisements would be able to be read and viewed by anyone under age 21.

Under current federal law, marijuana use, either recreational or medical, is illegal. Currently, however, the U.S. Department of Justice chooses not to prosecute most marijuana users and businesses that follow their state and local marijuana laws and are consistent with federal priorities that include preventing minors from using marijuana and preventing marijuana from being taken across state lines. It remains to be seen what a new administration’s policy would be on federal regulation of marijuana sales in states with approved marijuana sale statutes.