Editor’s note: In honor of Sunshine Week, we are running this year’s opinion piece from Brian J. Hunhoff on the subject, as we did last 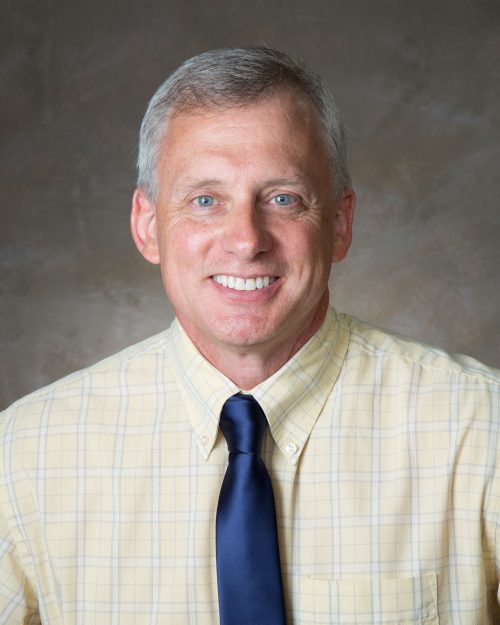 “Captain Jack” Crawford was one of the original Black Hills Rangers. He survived many Old West adventures and was called “The Poet Scout.” This is the final stanza of his 1889 poem, “Truth”:

But some men will cast it aside.

Instead they will treasure the mica,

And say to the truth, “Let her slide.”

But truth is the old rock of ages

Upon which our forefathers stood.

Without it there may be corruption,

And with it our lives must be good.

Jack Crawford died 29 years before Donald Trump was born, but he warned of leaders who embrace false witness. President Trump brings new life to the 2,500-year-old words of Sophocles: “How dreadful knowledge of the truth can be when there is no help in the truth.”

Our 45th president answers coverage of his easily disproven parade of lies by smearing the press for spreading “fake news.” That was a leading theme of Trump’s successful 2016 campaign so it’s no surprise to hear “fake news” from the Oval Office. It’s more concerning to see that reckless phrase weaponized by elected officials who ought to know better.

South Dakota Secretary of State Shantel Krebs, a 2018 candidate for Congress, has enjoyed mostly sunny news coverage in her young political career. That did not stop her from sounding alarms when S.D. press asked about controversial views of a prominent endorser. Her response was asking supporters to “take a stand against FAKE news” by sending donations to her campaign.

Attacking media gives politicians a handy smokescreen from inconvenient facts and clearly sells well in red states. But responsible leaders do not pander to polls while ignoring threats to democracy. Winning isn’t everything. There is more at stake.

Life in America is a precious gift. Fewer than one in seven people worldwide live in a free press environment. It protects us from authoritarian leaders who would gladly make their government our only source of news.

The sometimes unpopular role of the U.S. press is checking facts, investigating possible misdeeds and holding powerful entities accountable. The Fourth Estate’s goal is the truth, much the same as our courts. Are we circling a drain where unwelcome court decisions get flushed down an Oval hole as “fake justice”?

President Trump would have you believe the media’s role is to serve him. Criticism of his erratic words and deeds are reframed as unpatriotic attacks on America. He calls the press, “the enemy of the American people.”

Trump also describes the media as “disgusting” and “scum.” Since his inauguration as leader of the free world, there has been an exponential increase in harassment, imprisonment and assault of reporters all over the globe. Some of his followers wear T-shirts that say: “Rope. Tree. Journalist. Some Assembly Required.”

Heed the words of Sen. John McCain: “If you want to preserve democracy as we know it, you have to have a free and many times adversarial press. Without it, I’m afraid we would lose so many of our individual liberties over time. That’s how dictators get started.”

Our founding fathers did not always like their newspaper coverage, but they knew a free press was democracy’s best defense. They enshrined that ideal as one of the five freedoms in the First Amendment.

Now we have President Trump attacking anyone who holds him accountable for anything. He talks of opening up libel laws so “we can sue [journalists] and make lots of money.” He tweets about challenging the licenses of networks who broadcast “fake news.”

The media sometimes get it wrong, but those mistakes have been amplified while stories about Trump’s lies are flushed away as “fake.”

We have questions crying for answers we may not want to hear. Has the American president divided the United States so deeply that sound bites outweigh facts? Does faith in our favorite political flavor matter more than proof? Are we choosing news sources for information or ammunition? What is the effect on our country’s collective self-respect when we knowingly elect a blatant liar?

Casually casting truth aside is a dangerous road to travel. Voltaire said, “Anyone who can make you believe absurdities can make you commit atrocities.”

We must keep our eyes open. The risk is real.

Brian Hunhoff is a contributing editor at the Yankton County (SD) Observer. He has received the Eagle Award for promoting open government in South Dakota; the Golden Quill Award for editorial writing from the International Society of Weekly Newspaper Editors; and the Freedom of Information Award from the National Newspaper Association. His opinions about open government and the First Amendment have been published in hundreds of newspapers and blogs from all 50 states and some foreign countries. He can be reached at [email protected]

(Editor’s note: As always, the views of our columnists and letter writers are not necessarily the views of the Town Crier editors. The Town Crier welcomes views from all writers, including those in letters to the editor.)