By Sally Hedberg
Special to the Town Crier 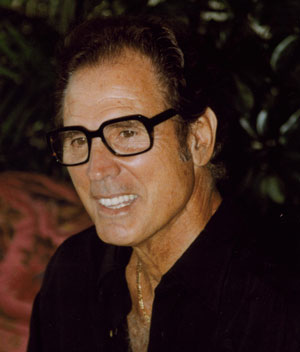 If you are a movie buff, a TV watcher, reader of books or just an Elvis aficionado you won’t want to miss Michael Dante’s author talk and book signing at the Idyllwild Library. Branch Librarian Shannon Ng has a series of events planned all around his previous famous visit in Idyllwild filming “Kid Galahad.” The making of this movie starring Elvis Presley put Idyllwild on the map in 1962. Michael was one of the actors who struck up a friendship with Elvis during this film.

The first event will be the showing of the classic film “Kid Galahad” at 11 a.m. in the library. The film’s story is about a shrewd gambler who wants to use a boxing champ, played by Elvis, as his pawn and it’s up to Elvis to show him what winning is all about. Following the movie at 1 p.m., Michael will give a presentation with a question-and-answer session and share many stories about Elvis and his own experiences as an actor. Following the presentation, Shannon will hand out maps prepared by the Idyllwild Area Historical Society. These self-guided maps show all the filming locations. IAHS has a permanent display, including pictures and the original poster.

Michael is very recognizable and it’s no wonder. During his career, he appeared in 30 films and 150 TV shows while under contract with three major studios. Besides appearing in many Westerns, he appeared in the TV shows “Get Smart,” “Bonanza,” “Perry Mason,” “Maverick” and “Gunsmoke,” just to name a few.  He won the Golden Globe of Westerns and many other awards for his movies. He was awarded the Southern California Motion Picture Council Award for the “Best of the Best” in the Performing Arts.

He lives is Rancho Mirage with his wife Mary Jane where he is very active in many charity events. He will be a special guest at the yearly Star Trek Convention in Las Vegas Aug. 6 to 9. He was cast as a Capelian chieftain on “Star Trek” and worked on many episodes. He also will be a special guest at the 60th anniversary of “Gunsmoke” in Dodge City, Kansas, Sept. 25 to 28.

Michael will sign his new autobiography, “Michael Dante — From Hollywood to Michael Dante Way,” and will have personal autographed photos with Elvis, both for sale. The Idyllwild Library is located at 54401 Village Center Drive, Idyllwild. The event is free and open to the public.