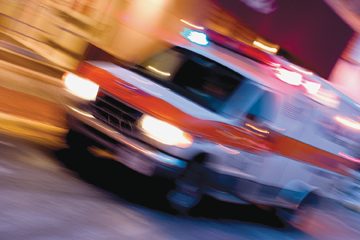 The first, on Wednesday, Nov. 9, occurred on Highway 74 one mile west of Strawberry Creek Bridge. At 6:15 p.m. Alec Blume, 17, from San Jacinto, was driving his 2003 black Toyota Celica east on Highway 74 when he made an unsafe turning move to the right which caused his vehicle to go over the side, into a ravine, and overturn, coming to rest on the vehicle’s roof. According to the California Highway Patrol report, Blume complained of pain and lacerations and was transported by ground ambulance to Riverside University Health System hospital in Moreno Valley. Blume was wearing a seatbelt. There was no evidence of alcohol or drugs involved and no other vehicles were involved.

At 5:34 a.m. on Thursday, Nov. 10, Torben Beith, 59, of Mountain Center, was driving his black 2000 Volvo S70 westbound on Highway 74 near Bee Canyon Truck Trail when, for unknown reasons, he ran off the road causing his vehicle to overturn on the roadway. Beith was transported by ground ambulance to Riverside University Health System Hospital in Moreno Valley with broken ribs, sore neck and pain to the left side of the torso. In his account to CHP officers, Beith said he was distracted at the time of the incident. No other vehicles were involved.