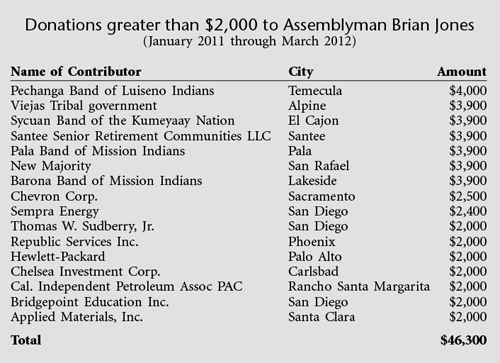 Patrick Hurley and John McLaughlin are the other two candidates.

Jones is the only one of the three to have already filed financial reports with the California Secretary of State’s office yet. Since January, he has received slightly more than $22,000 in contributions. These have come from individuals, businesses and associations.

He has also received $17,000 from outside California.

McLaughlin has filed a financial report with the Riverside County Registrar of Voters declaring $1,900 in contributions through March 17. Steve Dohrman, who gave $1,000, is his largest contributor. McLaughlin and his family have provided another $800.

More than 86 percent has already been expended on his filing fee and candidate statement.

As of last month, McLaughlin had about $250 available for the primary campaign.

Hurley, the third candidate has not reported any financial data yet.

Following the 2010 census, the state’s redistricting created Assembly District 71, whose northern apex is Poppet Flats. Its shape is triangular and runs south to the Mexican border.

The primary election is June 5 and the two candidates receiving the most votes will be on the November General Election ballot, regardless of party affiliation.