The debut of foreign films as a new category at Idyllwild CinemaFest 2013 is a sign of the increasing breadth of programming in the festival’s fourth year. Although the list of films selected won’t be public until Dec. 15, ICF Chairman Phil Calderone knows two particularly striking films will definitely screen — from Russia, “Siberie Monamour,” a feature film by Russian director Vyacheslav “Slava” Ross, and from Iran, “An Sooy e Bonbast” (“Beyond the Dead End), a 15-minute short by Tehran-based first-time director Pouria Heidary Oureh. Both will have English subtitles.

Each is a gem, according to Calderone, tauting a category that is often overlooked by U.S. audiences. “Foreign films have a similar challenge as do indie films,” he noted. “Audiences generally attend the large commercial domestic films and pay little attention to anything else. The result is that audiences miss some amazing experiences, especially in recent years where high quality film production is much more widespread. ‘Siberie Monamour’ is one such movie. The film is beautifully shot and the acting is perfect top to bottom, including two young actors who it’s hard to believe are really acting.” 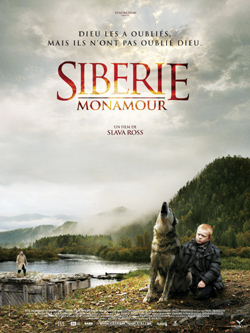 This Russian film is already a winner on the festival circuit, having snagged Best New Director for Ross at the 2012 Brooklyn Film Festival. Shot entirely on location in Siberia, the film has a moody and haunting look as it explores hardscrabble life in the Siberian wilderness where conditions appear unchanged since the reign of Nicholas II, Russia’s last czar.

An orphaned 7-year-old boy and his crusty and religious grandfather endure a difficult winter in isolation as feral dogs wait in the wood’s edge. Through this dangerous and hauntingly beautiful landscape wanders a cast of vagabonds, all, like the grandfather and the boy, searching for escape, but ensnared in the threatening forest.

Reached in Russia, writer and director Ross said “Siberie Monamour” took 60 days to shoot over a two-year period. The 2008-2009 financial crisis caused an interruption of filming, which extended the normal production time.

It was shot on location in a taiga (boreal forest) in the Krasnoyarsk area of Siberia. The project, Ross said, grew out of his participation in the Cannes (France) Residency Program that supports young directors and writers. “A big part of the ‘Siberie’ script was written during this program, and in Paris and after that in Moulin d’Ande,” Ross said. “France is a really good country for filmmakers because of the policy of government support for cinema.”

Of the road to creating “Siberie,” Ross said, “The whole process, from idea to realization, took me about 10 years. After the script was ready, I spent a lot of time finding financing. Shooting took two years. It wasn’t an easy project at all, but it taught me a lot and I hope it made me better. The concepts I speak about in my film are very close to myself — mercy, belief and humanity.”

Ross’s next project, to be filmed in the U.S. and in English is called “Doggy,” about love and human loneliness in big cities. 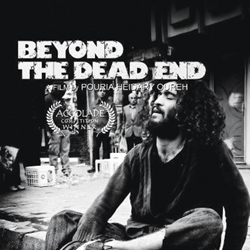 Calderone said that festival audiences are in for a very special experience with the Iranian film. “The average person in the United States knows little about life in Iran,” he noted. “What impresses me most about his film is that, in 15 short minutes, it demonstrates how similar our two countries are, and yet how incredibly different. From both perspectives, within countries or between them, the same question arises — how should we treat each other? This movie will stay with you, raising questions far beyond its palette.”

The film follows a homeless vagabond who finds and attempts to keep, even at risk of injury, a pair of black and white shoes. He encounters many city dwellers, some kind and some not.

Writer and director Heidary’s shooting schedule of five days was also interrupted, causing a year’s delay to complete the film. Without spoiling the surprising ending, the break occurred because an actor with unique qualities had to be replaced. The film was shot on location in Tehran in varied locations throughout the city. “I wanted to show the many different characters of my city,” he said. The film is beautifully shot with very sparse dialogue and an emphasis on telling this messianic story in hauntingly evocative pictures.

“This was everyone’s first film, we did it together,” said Heidary, noting that the actors were mostly stage actors. But Heidary said he was fortunate to have the professional assistance of an experienced sound designer. “The sound designer, Alireza Alavian, connected me with a very famous composer, Nasser Cheshmazar. “I was very surprised they agreed to work with me.”

“Beyond the Dead End” has already screened at the Tehran International Short Film Festival and the Woodstock (New York) Festival. Both screenings were in October. This will be the first screening on the West Coast.

“There are a lot of Iranians living in Los Angeles,” said Heidary. “Many want to come with me to Idyllwild. I’ve heard that it’s very beautiful.”