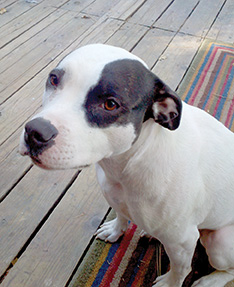 A draft ordinance to control pit bull populations in Riverside County will be discussed at a public hearing Tuesday, Oct. 8. The public hearing portion of the board meeting follows the policy portion, which begins at 9 a.m. The Board of Supervisors asked the Department of Animal Services to prepare a draft at its April 9 meeting.

The action is the result of several incidents of pit bulls attacking and occasionally killing an adult or child. The most recent occurred Sept. 24 in Colton when a pack of five pit bulls fatally mauled a 2-year-old boy.

The number of fatal pit bull attacks or even children or adults being mauled has received increasing media attention. The result is one view that pit bull breeds are naturally more aggressive. The problem has evolved into a public safety issue, according to Senior Public Information Specialist John Welsh, Riverside County Animal Services.

But Palm Springs Animal Shelter Director Pat Brayer feels that the breeds have not received sufficient, if any, training to behave properly. “The puppies are very cute. But the commitment to training is often more than these owners have bargained for,” she said.

She felt that veterinarian costs here were significantly higher than in the Los Angeles area where mandatory sterilization has been law for years. She also argues for increasing the opportunities for free spaying or neutering. Many owners make a commitment to try to keep the dog, while food costs are a struggle. So a $100 fee for sterilization is a burden, which is often deferred in Los Angeles.

The new ordinance specifies that owners of pit bulls or pit bull breeds — such as Staffordshire bull terriers, American pit bull terriers and American Stafford terriers — must have dogs more than 4 months old spayed or neutered. Failure to have the dog sterilized can result in a misdemeanor with fines or penalties.

“There will always be pit bulls in Riverside County. We’re not trying to ban the breed,” said Welsh. “We’re trying to reduce the number of them getting impounded and not getting adopted.”

The proposed ordinance provides for several exemptions. The most obvious is for licensed breeders. Individuals who breed these dogs must register with the Riverside County Department of Animal Services.

Other exemptions include pit bulls appropriately trained and used for law enforcement purposes by a public law enforcement agency or ones designated as assistance dogs as defined in the Food and Agriculture Code, sec. 30850.

Also, if a licensed veterinarian certified that this surgery would endanger the dog’s life, it will be exempt. Or a pit bull licensed in another jurisdiction and being trained in a local licensed kennel would be exempt.

Before requiring an owner to neuter or spay their dog, the ordinance has provisions for requesting a breed determination. The owner must make a written request to the Animal Services chief veterinarian. The department will schedule an appointment for analyzing and reporting it to the owner.

The county’s authority to enact this ordinance rests with state law, codified in the Health and Safety Code, sections 122330 and 122331.