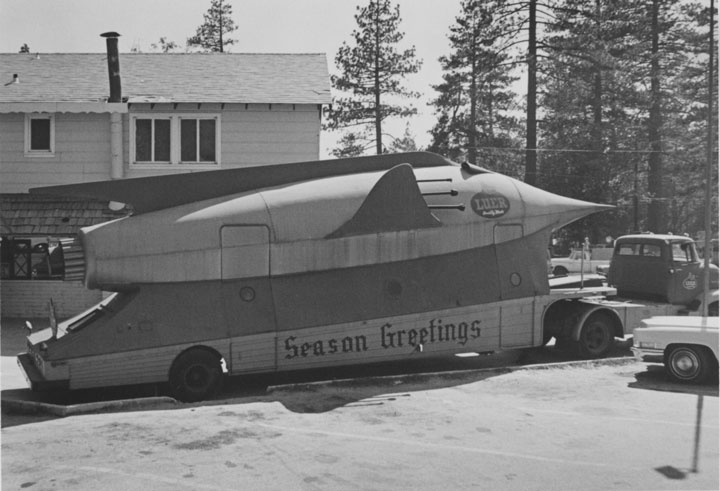 Word from Tahquitz Peak Lookout was that Jess Southwell’s Thanksgiving dinner consisted of three strips of bacon, a bowl of rice and coffee made from melted snow. He was low on supplies because the pack horses hadn’t arrived.

The Chamber’s installation dinner at the Idyllwild Inn was attended by some 125 hillfolk and guests.

State Game Manager Bonnar Blong reported bucks taken during the hunting season were thinner and older than normal. He blamed the drought and poor forage supply.

A proposal for a temporary pound facility at the Idyllwild County Road Department site was turned down by the Board of Supervisors as inadequate. The plan was that citizens leaving an animal in a cage would call the sheriff’s office, which would then radio the poundmaster. If the poundmaster could not pick up the animal, the sheriff’s office would have been responsible for feeding it.

Funds collected for the Indian children’s Christmas party by the Idyllwild Property Owners Association and Izaak Walton League exceeded the needs, so the surplus was given to the Santa Rosa Indians’ community building project.

Sharp tax increases were predicted as county assessors started reappraising property on the Hill for the first time since 1968.

George Kretzsinger was elected president of the Idyllwild Water District board.

In the Letters to Santa from local children printed in the Town Crier, Cabbage Patch dolls were the most frequently requested gift.

Lenore Sazer-Krebbers was the new sixth- and seventh-grade teacher at Idyllwild.

A sting operation targeting unlicensed contractors by the state Department of Consumer Affairs resulted in the arrest of five local contractors.

The American Legion Post 800 Ladies Auxiliary put on its annual Senior Christmas Luncheon and was preparing for the upcoming Children’s Christmas Party.

The talk of the town was a flying saucer-shaped home, the Futuro, being hauled up Highway 243 and coming to rest at the Pine Cove property of new owner Milford Wayne Donaldson.

Eight Riverside Mountain Rescue Unit volunteers played a lead role in discovering what were likely the remains of three Germans missing in Death Valley since 1996. Multi-agency search teams composed of 30 searchers and three dog teams participated in the expanded search on Saturday, Dec. 5, in a remote area of the vast national park.

Warnings were the highlight of the December Mountain Area Safety Taskforce meeting. With help from the diminishing rain in the past several years, bark beetle populations were resurging and beginning to kill more pines on the Hill.