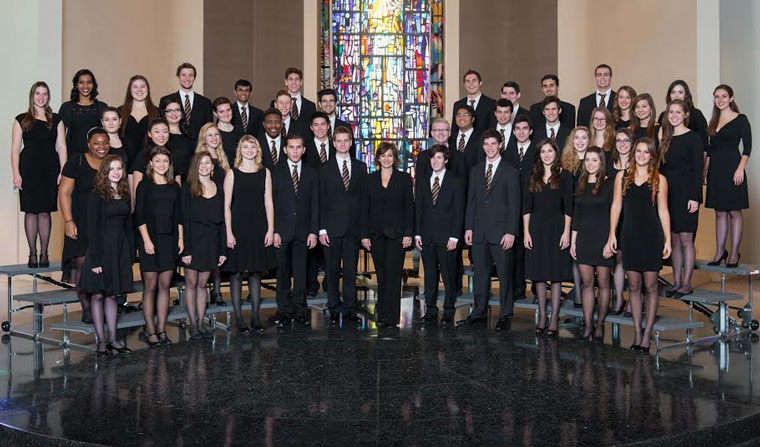 The 40-member Occidental College Glee Club, founded in 1906, will be appearing in Idyllwild in a free concert. Oxy, as the 131-year-old liberal arts college is known, has always been known for its academic excellence and its arts programs.

The glee club has been a constant in Oxy student life since its founding. In 1907, the club began touring nationally and internationally, creating interest in the college.

Club members come from a wide range of academic majors, and all make major time commitments to sing, including four hours of class time per week in addition to travel, performances and competitions.

The Oxy singing ensemble is conducted by Desiree La Vertu, a noted soprano who has appeared in oratorio repertoire at Walt Disney Concert Hall and is a long-time member of the Donald Brinegar Singers.

She has conducted the Oxy Glee Club for nine years and serves on faculty as director of Choral Music. Previously, she was director of the Glee Clubs at Caltech.

La Vertu also is on the choral-vocal faculty of the Idyllwild Arts Summer Festival Choir.

The public is welcome to attend this free concert.